What attorney worked on this 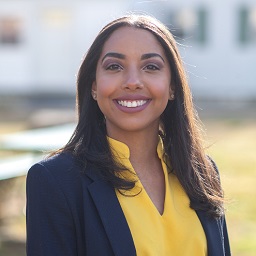 Trixy Lora is a disability representative at Chermol and Fishman. She has successfully assisted hundreds of individuals in obtaining their disability benefits at all administrative levels.

Ms. Lora obtained her B.A. from La Salle University in Philadelphia, PA with a major in criminal justice. While in school, she volunteered at the Criminal Justice Center in the court for Emergency Protection From Abuse orders, helping victims obtain legal protection following an attack during Family Court’s off hours.

Claimant began working at the age of 18 and kept advancing in his career. He reached quite the level of success before he found himself a victim of multiple accidents, through no fault of his own in 2009. He immediately stopped working and started treating with a variety of specialists, living off of his savings until he was well enough to go back to work.

Unfortunately, his conditions kept deteriorating. He suffered from chronic pain, having had injures to every level of his spine. Not only did he have worsening degenerative disc disease of his cervical, thoracic, and lumbar spines, he was also suffering from headaches, carpal tunnel of both of his wrists, bladder incontinence and fecal incontinence. It was not until he was bound to a wheelchair in 2011 that he finally decided to apply for Social Security benefits. His claim was denied a year later by an administrative law judge.

He continued living off of his savings, still hopeful that he would get better. When his conditions were at their worst and he was desperate for help, he applied once more in 2015. In 2017, his case was denied, yet again, by an administrative law judge. This time, he was not willing to give up. His attorney filed an appeal with the Appeals Council, only to have his request for review be denied.

His attorney recommended he find an expert in Social Security disability field who would be able to continue his fight in federal court. He was referred to Chermol and Fishman in 2019. After fighting relentlessly in federal court, the case got remanded back to an administrative law judge. At the hearing, through outstanding advocacy and utilizing her extensive knowledge, the representative was finally able to get a fully favorable decision, dating back to 2012.

The past-due benefits totaled an approximate life changing amount of $145,000, with monthly payments of $1,674. This outstanding outcome would not have been possible without the expert assistance provided by Chermol & Fishman.