When people hear “Social Security,” they think retirement. It’s true that Social Security provides retirement benefits for tens of millions of people who have worked in this country. But that’s only part of the picture.

The least known and arguably most important program run by the Social Security Administration is its disability benefits program. That program provides benefits to disabled workers, surviving spouses, children, and even parents. Although workers pay taxes into the SSD system every single pay-check, it is amazing how few people know that these benefits are available. Even those who have never worked, as long as they are disabled, may be eligible for monthly SSI benefits. Yet if you ask most people about these programs, they do not even know that they exist.

I Know This From Personal Experience 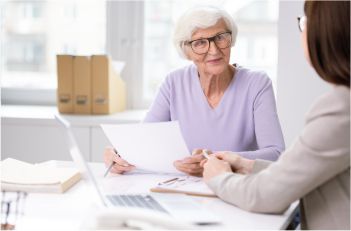 For many years now, I have run a highly successful personal  injury and workers compensation law firm. For years, I did not handle any disability cases at all. But that changed when a family member in need approached me for help.

Several years ago, my relative became very ill, had a heart attack, and had to undergo open-heart surgery. It was a very scary time of course, but our family was blessed that he made it through. Unfortunately, his cardiac problems left him unable to work. My relative is a smart guy and I had just assumed that he would apply for SSD.

Instead, he waited several years and missed out on tens of thousands of dollars in cash benefits and Medicare coverage. It was only a few years later, when I asked him how much per month he was getting from Social Security, that he told me he had never applied. My relative admitted that he didn’t even know that Social Security offered such disability benefits. He wrongly thought that he had to wait until he reached retirement age.

Once my relative applied, he refused at first to let me help him. He said it wouldn’t be a problem and that he would take care of it. He said, “If I’m not disabled, then who is?” My relative is a very proud guy and so I let it go. But I made sure he knew that if at any point he wanted my help, I’d be there for him. My relative applied and provided Social Security with the names and addresses of all of his doctors. He assumed, given how extreme his problems obviously were, that it would not be a problem to get benefits.

Not only did Social Security deny his claim initially, they told him that he did not have any significant medical condition at all. At that point my relative asked me for help and I started to work on the case. Upon obtaining the Social Security claim file, I noticed that they had gotten almost none of the relevant medical records. After obtaining all of the medical records, I submitted them to Social Security. I also contacted his treating doctor who explained in a detailed letter why my relative was medically unable to work.

After a hearing with an administrative law judge, my relative was granted Social Security disability benefits, received tens of thousands of dollars in back benefits, an ongoing monthly check, and Medicare health coverage. Even better, because he was disabled, my relative would not be penalized when he filed early for Social Security retirement benefits, as he had been planning to do.

There Are a Lot of Lessons in This Story

First, many people do not know that if they have worked in this country and paid taxes, they may be eligible for disability benefits, if they are unable to work due to a medical condition. Second, don’t wait to apply because it could cost you a lot of money. Third, even if you think your disability is obvious, Social Security often does not see it that way. Many times the difference between getting benefits or not is the quality of representation you get from your lawyer. Fourth, older workers who receive a finding of disability can file early for Social Security retirement benefits without incurring any penalties or reduction in benefits. Even people who know about Social Security disability generally do not know about its impact on early retirement.

After the experience with my relative, I began to realize that there was a serious need in the community for lawyers who knew how the SSD process works. As a result, I have now expanded my practice to handle SSD cases. So, if you or a family member is unable to work due to a medical condition (either physical or mental), Our office would of course be more than happy to help.